The Bayside Park Farm is a 3-acre vegetable and fruit farm located in the City of Arcata’s Bayside Park. The Farm is dedicated to cultivating connections between our community and sustainable agriculture.

VOLUNTEER OPPORTUNITY ON THE FARM! 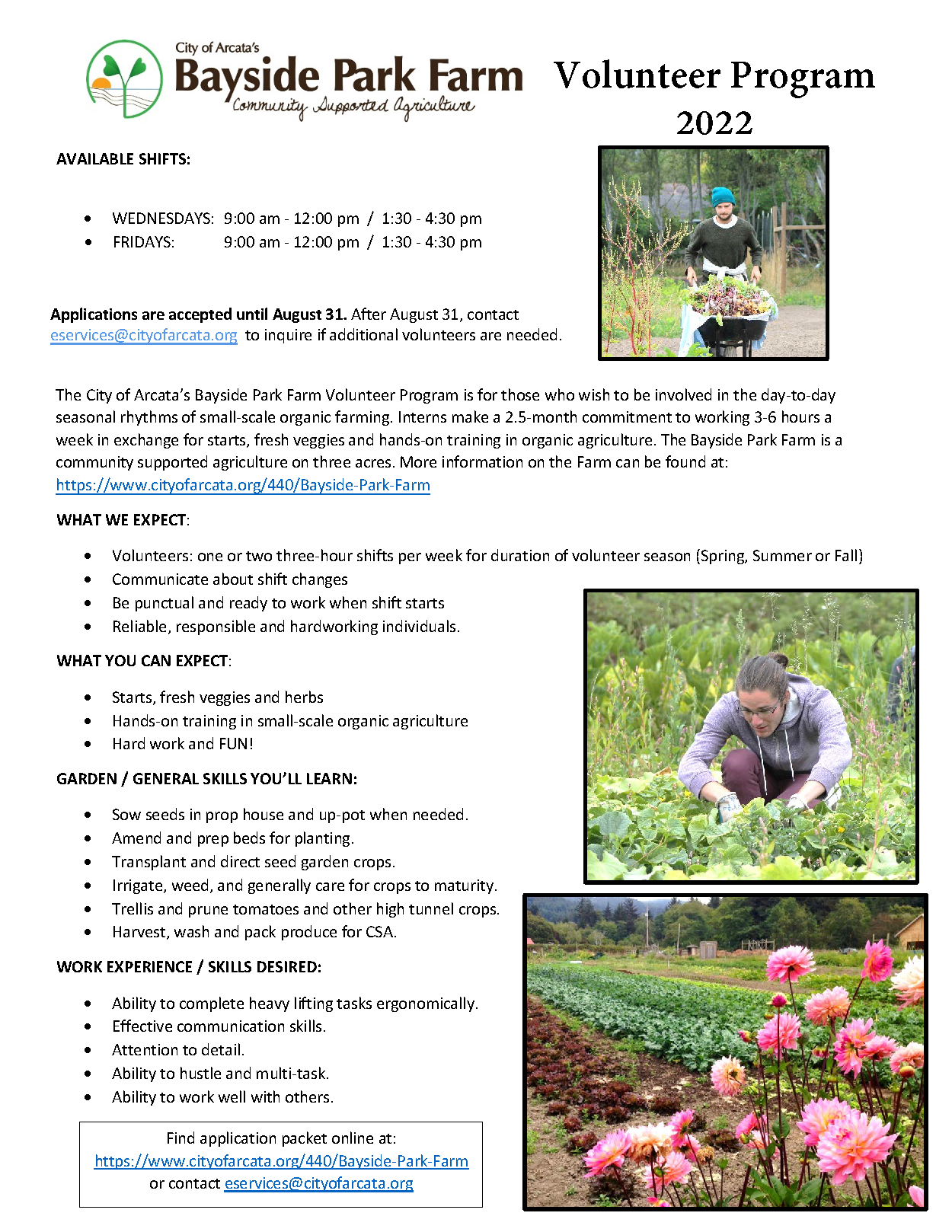 IF OUR VOLUNTEER PROGRAM IS TOO MUCH OF A COMMITMENT, TRY OUR DROP-IN VOLUNTEER DAYS 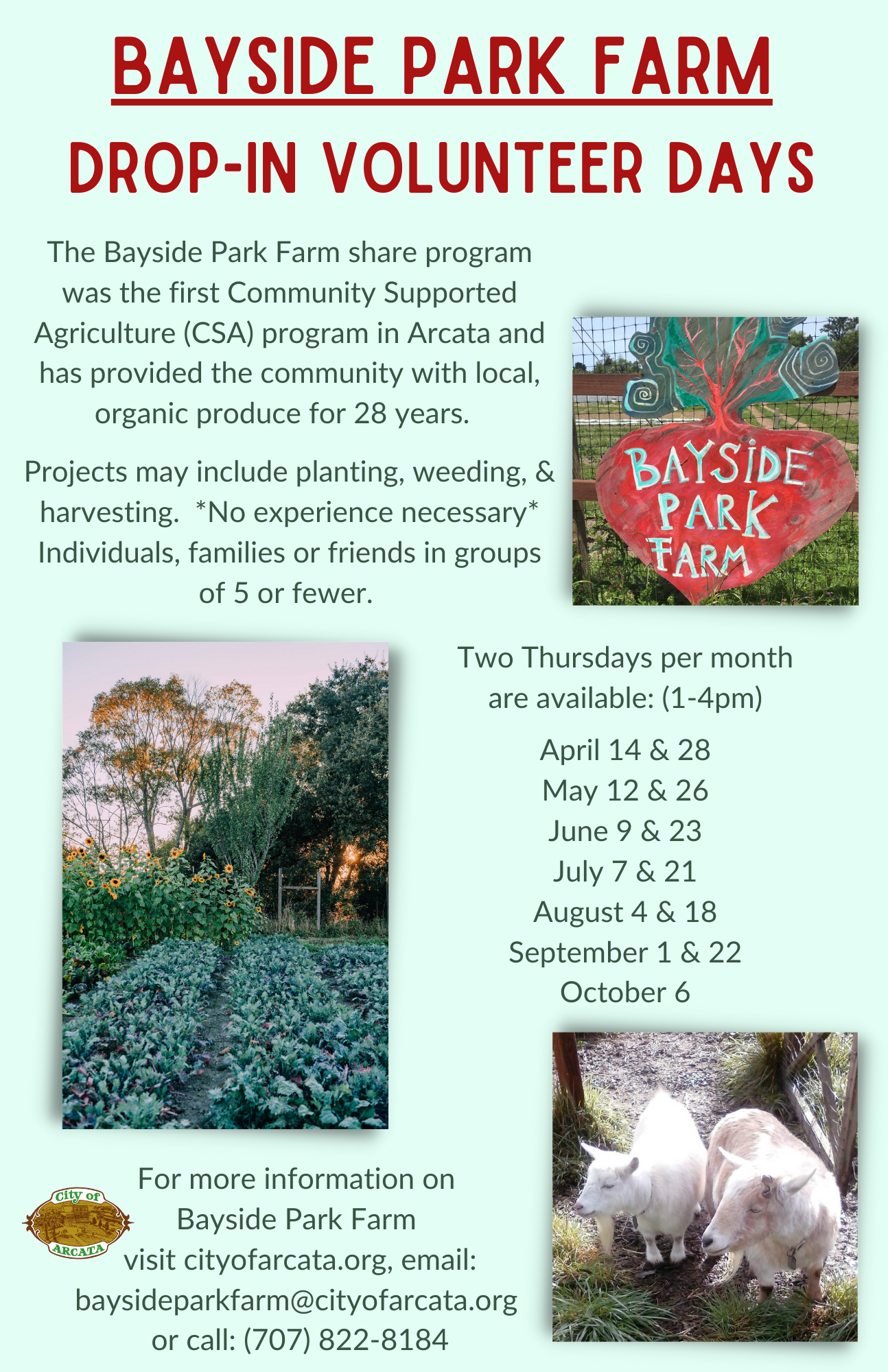 
Since 1993, the farm has acted as an incubator to fledgling farmers by providing a space for the development of practical skills in organic and sustainable agriculture. For nearly 30 years, generations of students farmers have brought quality produce to our community through a model of Community Supported Agriculture.

The History of Bayside Park

Community Supported Agriculture (CSA) began at Bayside Park in 1993 when a group of Humboldt State University professors (including Susan Ornelas and Deborah Giraud) approached Arcata City Manager Alice Harris about the potential of partnering with the city to create an Educational Farm.

The Bayside Park Farm became the first CSA in Arcata and is funded to this day by the community; shareholders pledge their support in the spring and receive a share of the harvest every week for the growing season. As well as being a running CSA, the Bayside Park Farm is a permaculture park, demonstrating sustainable farming practices and appropriate means of energy use. Over the years, this farm has been managed by many generations of student farmers. Many notable farmers within the community learned how to farm here.

In 2000 a series of community visioning meetings were held in which the community celebrated the value of the Bayside Park Farm and created the framework for the addition of a Community Garden onsite adjacent to the Farm. Additionally, it was during this time, that the site (which had formerly been zoned as a soccer field) was deemed as a wetland. In 2010 the Bayside Park Farm became a program under the City of Arcata with Educational Farmers working as employees of the City.

If you have any questions about our CSA, please send us an email.

Visit the Farm!
We love visitors, come and check us out! 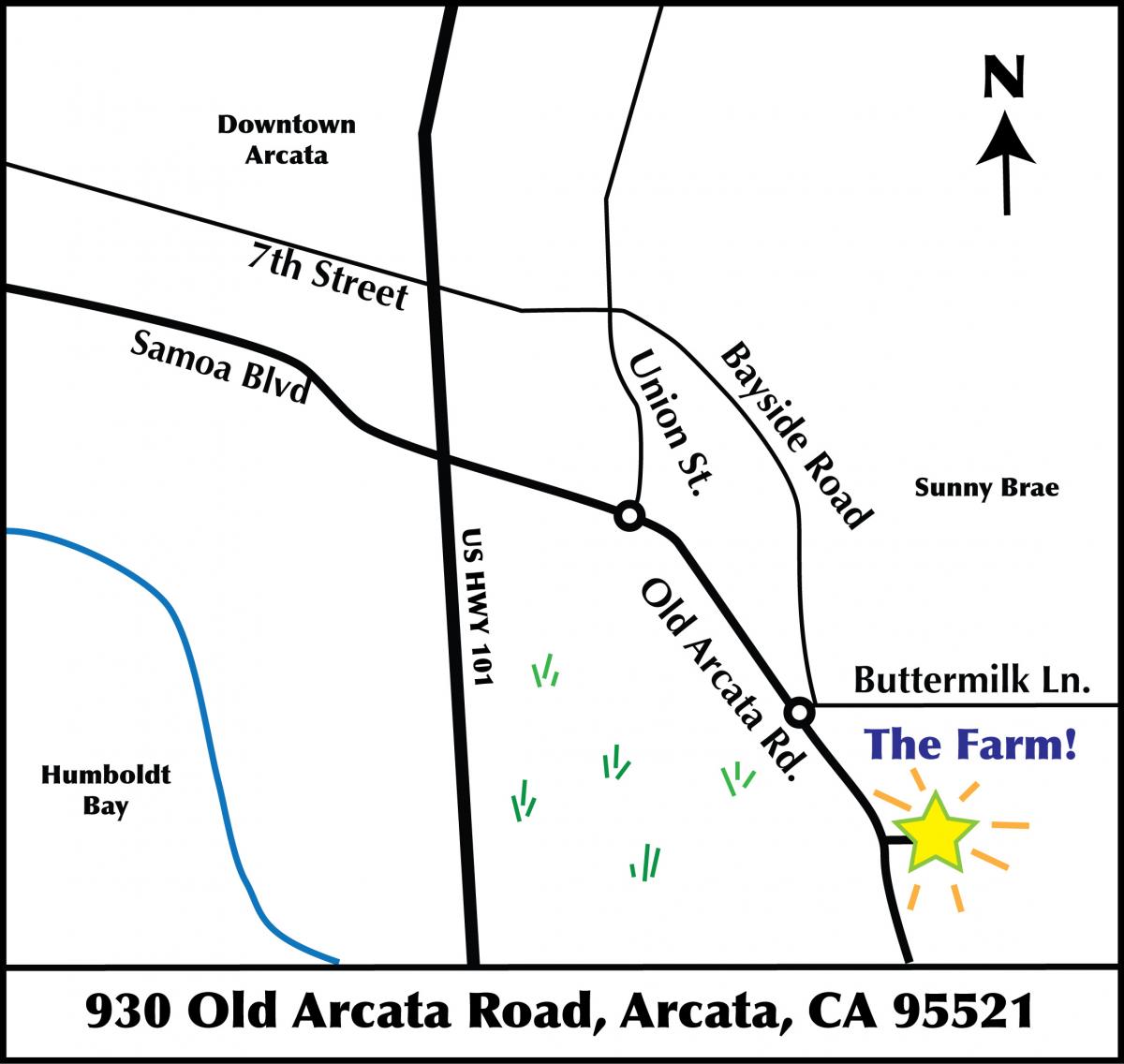